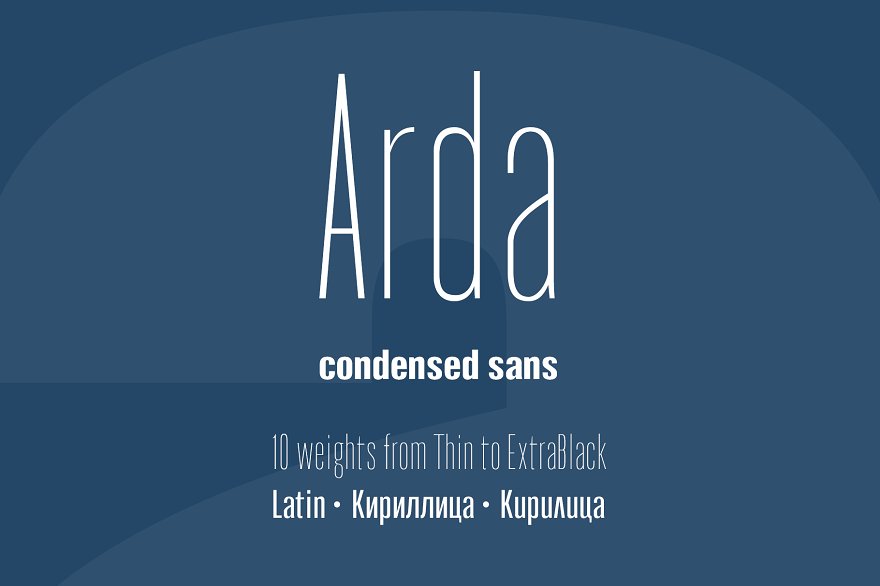 The font Arda is genetically related to the Akzidenz-Grotesk font, but it is not its restoration. Only the basic Akzidenz-Grotesk principles have been used to create a whole new condensed font that features a modern design. Arda is available in 10 weights from Thin to ExtraBlack . It is recommend as a proper choice in designing large headlines and titles in magazines, newspapers, and also especially in posters, website headers, banners, and even in book covers and business cards. Arda consists of 625 characters, 694 glyphs, 11 layout features. Arda supports over 100 Latin scripts and languages and over 30 Cyrillic scripts and languages. Arda has a special local support for new Bulgarian letter form model, known as Bulgarian Cyrillic. The following font formats are included in Arda font package: OTF, TTF, WOFF, WOFF2, SVG.