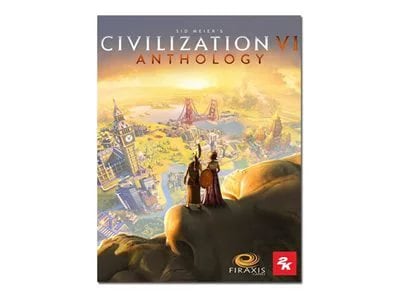 Civilization VI is a historical strategy game with one goal: build an empire to stand the test of time.
Created by legendary game designer Sid Meier, Civilization is one of the most acclaimed and influential game franchises in strategy game history. In this entry, you have more ways than ever to engage with your world. Choose a leader and pursue agendas inspired by their real-life counterparts. Physically cities expand across the map, create original strategic possibilities through the game as you pursue one of five ways to achieve victory.
Sid Meier's Civilization VI Anthology is the ultimate entry point for gamers new toone of a great strategy game series. Explore unknown land, research technology, conquer your enemies, and go head-to-head with historical leaders as you lead your civilization from rocks to rockets. The Civilization VI Anthology includes all of the Civilization VI content released, including the Sid Meier's Civilization VI game, six DLC packs, the expansions Rise and Fall and Gathering Storm, and the full New Frontier Pass.
Civilization VI: Rise And Fall: the Rise and Fall expansion brings different choices, strategies, and challenges for players as they guide a civilization through the ages. The expansion introduces excellent game mechanics including Great Ages and Governors, expands existing Diplomacy and Government systems, and adds 8 civilizations, 9 leaders, and many additional units, districts, wonders, and buildings. Can you lead your people into a Golden Age of prosperity? Or will your empire face the challenges of a Dark Age?
Civilization VI: Gathering Storm: explore an active planet in an expansion that introduces climate changes for the first time in series history. Contend with natural disasters and other Environmental Effects, complete great Engineering Projects, and manage electrical power and consumable resources. Gathering Storm also introduces a World Congress and a Diplomatic Victory condition. With another era added to the Technology and Civics trees, as well as original civilizations, leaders, units, and buildings, Gathering Storm offers a tremendous amount of content for Civilization players.
New Frontier Pass: continue your quest to build the world's greatest empire with the Civilization VI - New Frontier Pass, which introduces 6 game modes. Play with recruitable heroes from history and myth, dialed-up natural disasters in Apocalypse Mode, or secret societies that can enhance or undermine your empire. This content pack also features 8 civilizations and 9 leaders, as well as a heavy slate of different units, buildings, wonders, and more.
Also get six additional leader and scenario DLC packs! 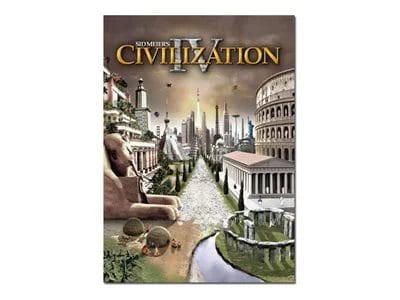 With over 6 million units sold and unprecedented critical acclaim from fans and press around the world, Sid Meier's Civilization is recognized as one of the greatest PC game franchises of all-time.
Now, Sid Meier and Firaxis Games will take this...

Originally created by legendary game designer Sid Meier, Civilization is a turn-based strategy game in which you attempt to build an empire to stand the test of time. Become Ruler of the World by establishing and leading a civilization from the Stone...

Sid Meier's Civilization: Beyond Earth is a science-fiction-themed entry into the award-winning Civilization series. Set in the future, global events have destabilized the world leading to a collapse of modern society, a new world order and an uncertain...